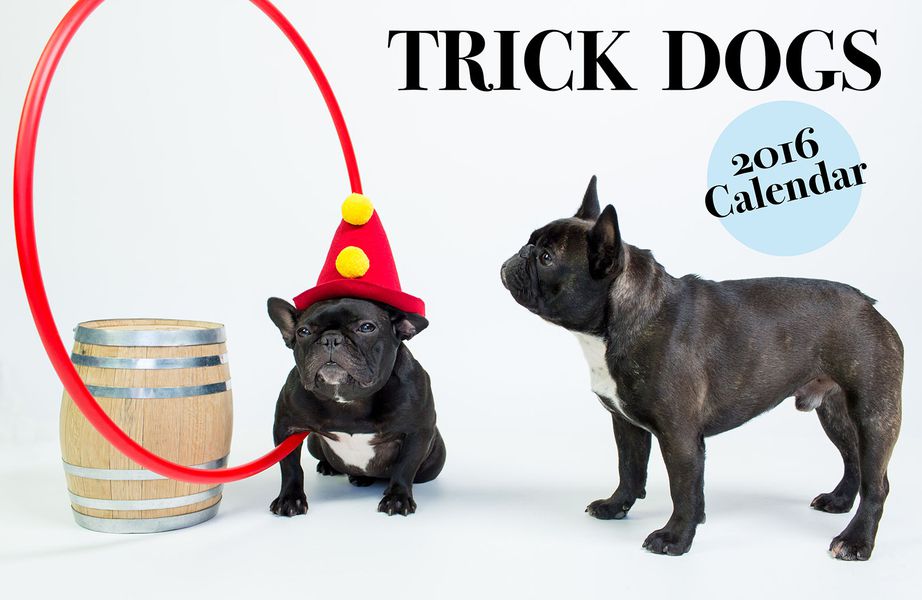 Acclaimed local cocktail bar Trick Dog and their barroom creative agency the Bon Vivants have unleashed their latest cocktail menu and concept upon the Mission. Previous concepts have come in the form of Pantone swatches, vinyl records, Zodiac signs, a San Francisco tourist map and finally a Chinese takeout menu. The latest Summer/Fall concept, however, is going straight for the cute vein with Trick Dogs, a 2016 dog-of-the-month calendar featuring the actual pets of owners Josh Harris, Morgan Schick and chef Thomas McNaughton of Flour + Water and Central Kitchen.

The menu design is sparse, as you might expect from a cheap promotional calendar, and features a cocktail for every month inspired by each pet. January’s adorable Labradoodle “Raja” gets a drink featuring Jameson Black, Gran Classico, shiso, vanilla, lemon, white sage and egg white. For June, calendar pup and Pride Corgi “Waffles” gets Junipero Gin, Doulin Rouge, vermouth, bitters, soda and Trick Dog cup (a mix of apple, cucumber, tea, hibiscus and fig). Representing July, “Comet” has a staggering ingredient list with Fighting Cock bourbon, Amaro Lucano, blackberry, Shiraz, Dale’s Pale Ale, chipotle, lemon, and sharp cheddar — so at least we can say the cocktails Trick Dog is known for haven’t gotten any less complex.

Because these menu updates are essentially instagrammable advertisements for the bar itself, each dog/drink features its own hashtag. At the end of the year, the most hashtaggable dog will be crowned Trick Dog’s Best in Show and will, according to a press release, “be celebrated with treats, scratches, and other yet-to-be-determined prizes.” It’s not just for the likes though: copies of the menu are also for sale for $20 at the bar and 100% of the proceeds from menu sales will go to Muttville Senior Dog Rescue and Northern California Family Dog Rescue